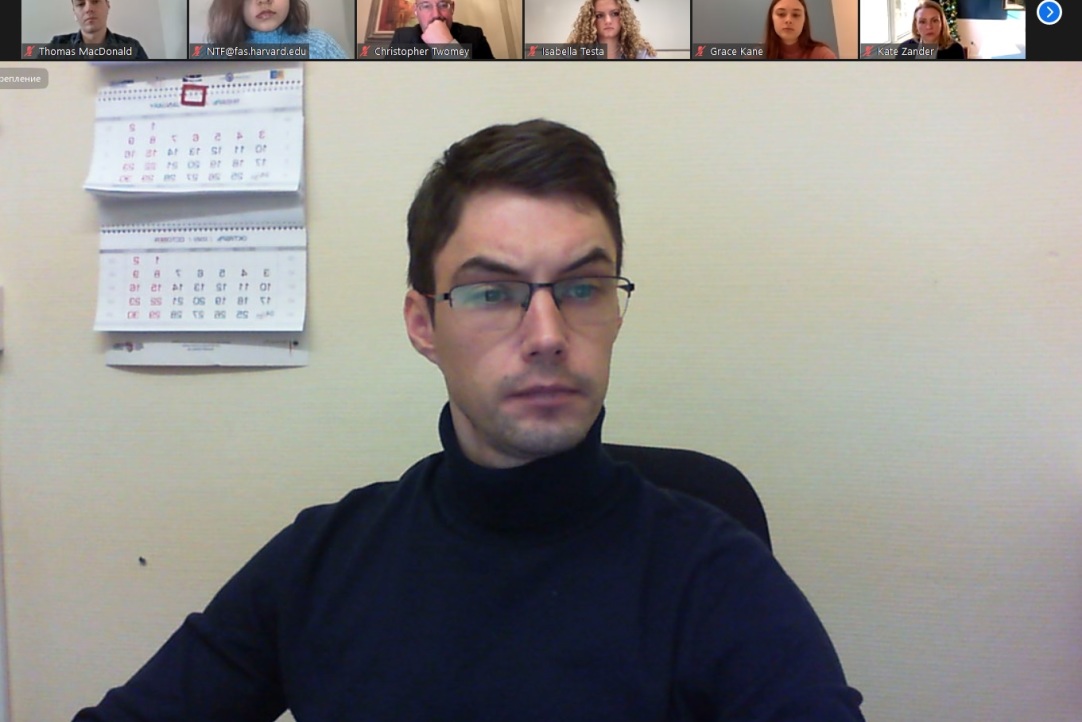 Lev Sokolshchik, an associate professor of the School of International Regional Studies and research fellow of the Centre for Comprehensive European and International Studies (CCEIS), as an invited expert and advisor of the international research group participated in the Boot Camp of the Arms Control Negotiations Academy (ACONA). The event held from January 09 to 13 in the online format. 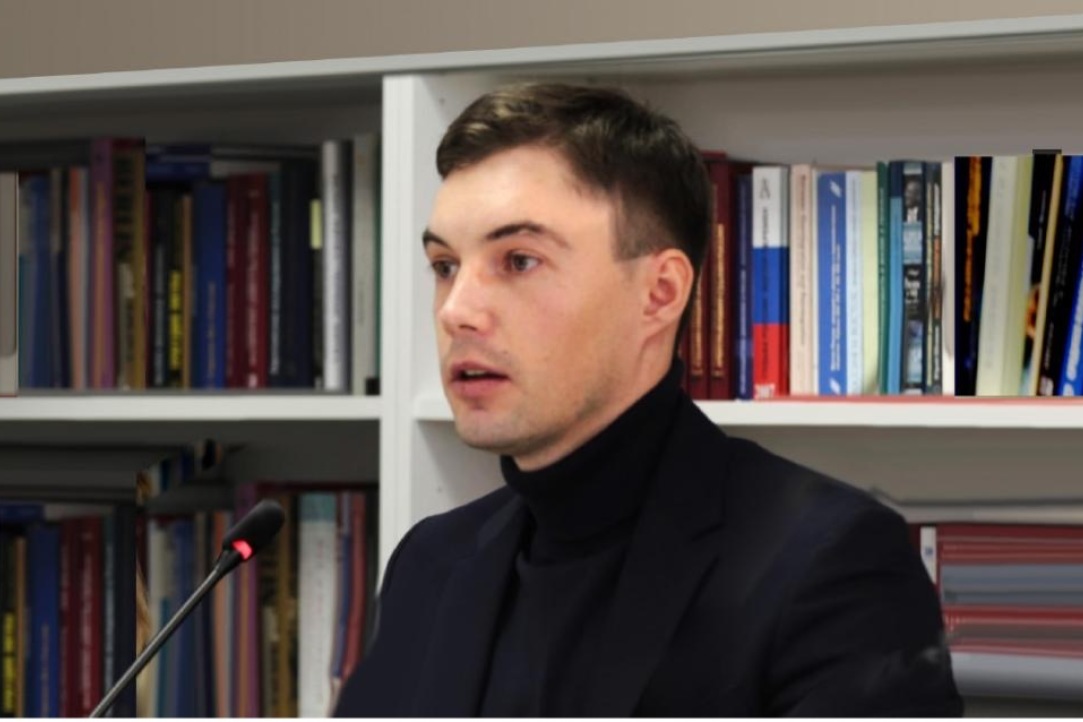 "Capital Ideas" portal published an article titled "Restrictive measures against Russia: What's next?", in which L.M. Sokolshchik, an associate professor of the School of International Regional Studies and research fellow of the Centre for Comprehensive European and International Studies (CCEIS), shared his opinion on the future of Western sanctions policy.

Key points:
-The key trend of 2022 was the imposition against Russia of restrictive measures unprecedented in scale and number. According to the Castellum.AI project, in the period from February 22 to November 22, 2022, 10,184 sanctions were imposed against Russia, almost four times higher than the number of sanctions imposed on Moscow in the previous period.
-Western sanctions against Russia include a wide range of restrictive measures: blocking sanctions, sectoral sanctions, financial restrictions, export controls of goods and services, visa and diplomatic restrictions, transport sanctions, and disconnection of a number of financial institutions from the SWIFT system.
-The withdrawal of companies from the Russian market, the so-called “culture of cancellation” of Russia, and the curtailment of humanitarian ties for political reasons are fully consistent with the general trend of anti-­Russian sanctions, and bolster it.
-Despite the wide range and impressive number of restrictions already imposed against Russia, there are risks of further escalation, including: building up enforcement measures, possible strengthening of the anti-­Russian sanctions coalition.
-Thanks to the timely and effective decisions of the financial and economic authorities, Russia is quite successfully adapting to large-­scale sanctions pressure.
-Many consumers in the world cannot refuse Russian energy, food and raw material exports, and some (for example, China and India), on the contrary are increasing supplies from Russia.l
-Moscow has managed to diversify imports through use of non-­Western suppliers and the introduction of parallel imports.
-Under the current conditions, the transformation of the Russian economy is inevitable. The main vector of this will be aimed at strengthening the processes of digital transition, creating our own financial and technological platforms, reorienting export flows to friendly countries, and finding ways to cooperate with non-Western partners.
-An important factor will be the systematically organized import substitution of technologies and components in a number of key sectors of the Russian economy. 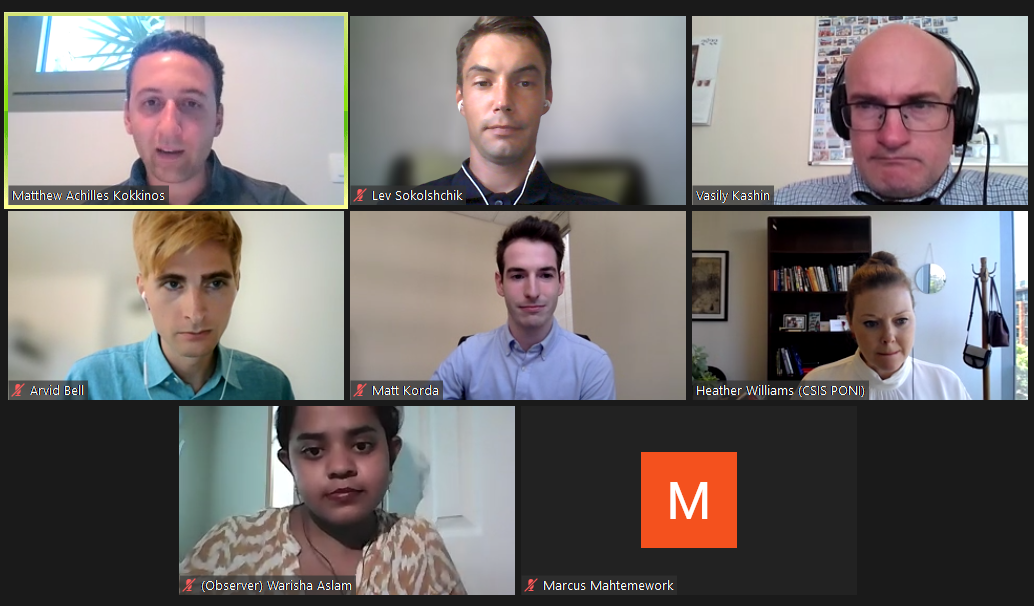 Director of CCEIS V. Kashin as a speaker and associate professor of the Department of Foreign Regional Studies, researcher of CCEIS L. Sokolshchik, as an invited expert, took part in the first scientific and educational camp of the Academy of Arms Control Negotiations (ACONA), which was held from August 15 to 19 in an online format. The start of a new cycle of the project was preceded by a lot of preparatory work. For almost three months in the weekly mode L. Sokolshchik together with colleagues from MGIMO, Harvard University, the Woodrow Wilson Center, the Frankfurt Peace Institute, and the University of Iceland, participated in the formation of the program and the content of the camp events. During the camp, discussions, master classes and speeches by leading world experts in the field of strategic stability and global security, trainings on conducting international negotiations and resolving the most pressing issues of modern international relations were organized for project participants from the USA, Russia, Europe, Asia during the camp.

“Weaponizing Energy: The Pandora’s Box Is Wide Open” – an expert commentary by Vitaly Ermakov for the Valdai Club

CCEIS expert Vitaly Ermakov gave a commentary to the Valdai International Discussion Club where analyzed the energy policy of Russia and Western countries. Key ideas:
-Energy trade has been the backbone of the overall economic relationship between Russia and the West, especially Europe, but now it appears that this era is ending;
-Amid the uncertainty about who will pay for the restoration of Ukraine, the plans to confiscate Russia’s export earnings have emerged;
-An import tariff on the Russian energy export and schemes with escrow accounts in Western banks are among those plans;
-The EU introduces and considers additional tough measures to reduce Russia's energy exports: an embargo on Russian coal supplies is already in place from August 10, 2022, an oil embargo is being discussed, and plans are being worked out to phase out Russian gas;
-Due to the inelasticity of supply and demand in the energy markets, the interdependence of Russia and Europe cannot be eliminated by directives;
-The introduction of the “gas for rubles” scheme by Russia was a pragmatic response to attempts to control export revenues from the EU, the rejection of this scheme by PGNiG and Bulgargaz has already led to a halt in direct gas supplies to Poland and Bulgaria;
-The discussed oil embargo against Russia or problems with the "gas for rubles" scheme could trigger a series of extreme disasters, politicians are raising the stakes in an energy game that could get out of hand 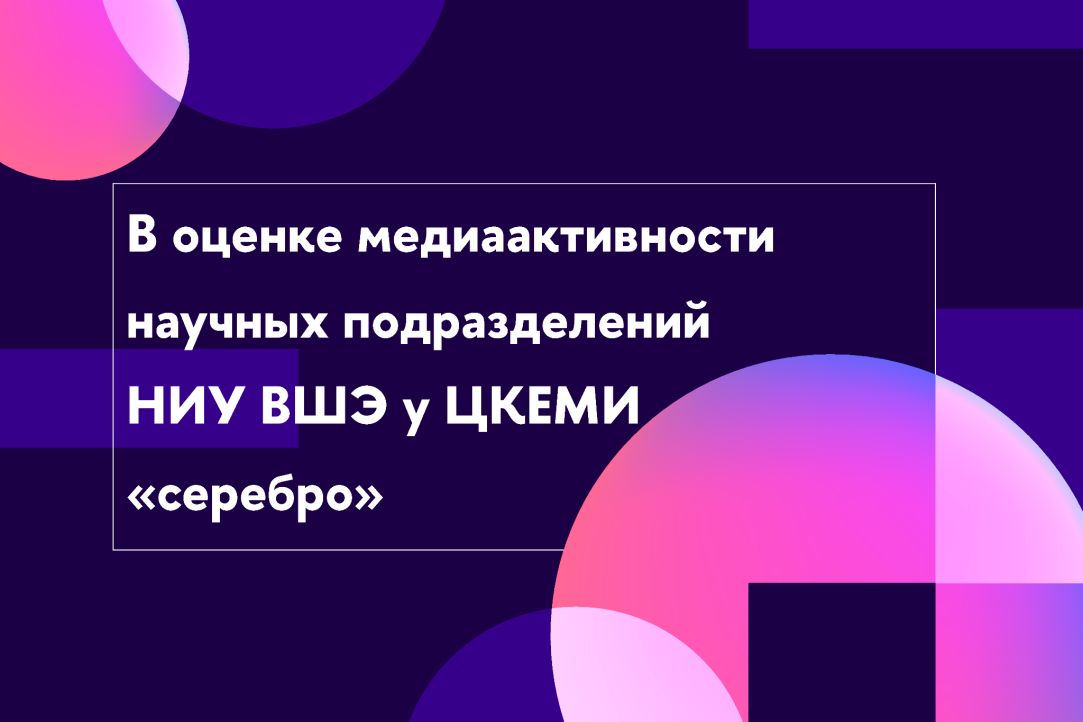 In the assessment of the media activity of HSE scientific departments, CCEIS has a “silver medal”

CCEIS took the 2nd place in the “TOP-20 scientific and expert departments of the National Research University Higher School of Economics according to MediaIndex”. 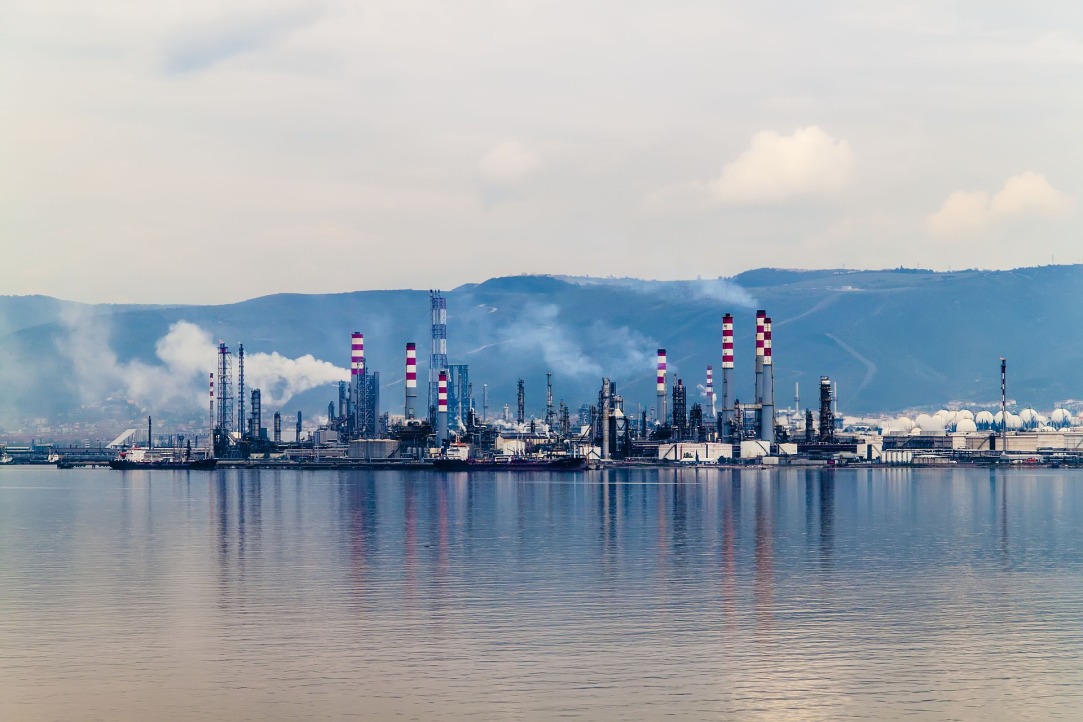 V. Ermakov, a CCEIS expert, analyzed the prospects for the development of Russian-Chinese cooperation in the gas sector in an article for the Valdai International discussion club.Main points:
·In the new reality Europe is going to reduce its energy dependence on Russia as soon as possible and regardless of collateral damage;
·Russia must accelerate its Pivot to the East, which makes China a clear winner since it would be able to use the situation to get Russian oil and gas at discounted prices;
·In order to diversify their foreign trade options Moscow and Beijing have accepted a package of commercial contracts for the supply of Russian oil and gas;
·China’s gas consumption is growing, and according to estimates, its own production by 2030 will be able to cover only half of the future increase in demand. That is why the deal now is more relevant than ever.
·Gas supplies via  the Power of Siberia gas pipeline with the addition of  gas from the Russian Far East will give Gazprom a competitive edge compared with other importers in the northern and eastern provinces of China.
·Russia and China continue to negotiate a new giant contract on gas supplies from Yamal, and both sides have demonstrated a pragmatic acceptance of a possibility to include third-party transit (via Mongolia) into their plans. 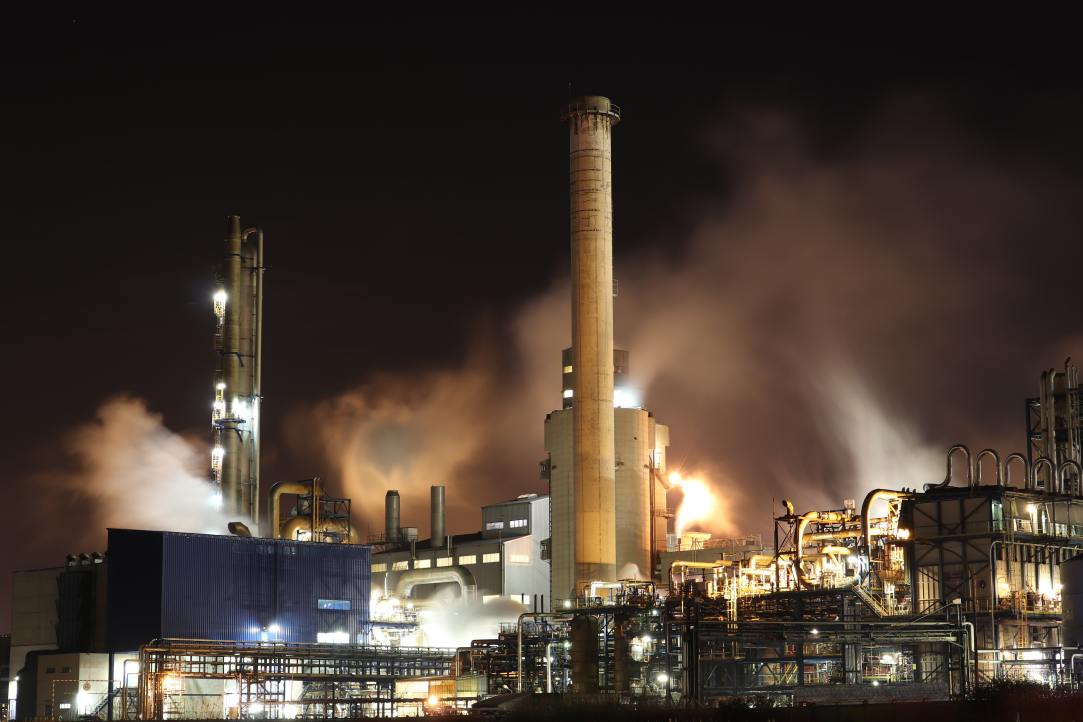 «Russian Gas Exports to Europe: In the Eye of the Storm» - the new article by V. Ermakov for the Valdai Club

V. Yermakov, an expert at CCEIS, wrote an article for the Valdai International Discussion Club on Russian gas supplies to Europe amid the crisis. Key ideas:
• Despite the fighting in Ukraine and an avalanche of Western sanctions, Russia continues to supply gas to Europe without interruptions;
• After a decline in January, gas supplies to Europe from Russia returned to their previous level in February and even increased in the first ten days of March;
• Gas transit through Ukraine was not disrupted even by fightings;• Over the past two years, the European gas market has gone from a supply surplus to a crisis caused by supply constraints (exacerbated by events in Ukraine), driving up prices;
• For over 50 years, Russia-Europe gas relationship has been underpinned by the concept of cooperatively managed interdependence producing mutual benefits, but it cannot remain immune to the increasing geopolitical animosity between the great powers and the emergence of extreme bargaining positions;
• Gazprom's existing production capacity is sufficient to meet the company's obligations under long-term export contracts and cover seasonal peak in domestic demand, but investment in new capacity is required to meet additional new demand;
• Prior to the start of the special operation, Gazprom took a wait-and-see attitude, making it clear that without guarantees of demand there would be no major investments;
• There is a reorientation of gas supplies to Asian markets, and the launch of a special operation reinforces the need for a “pivot to the East” 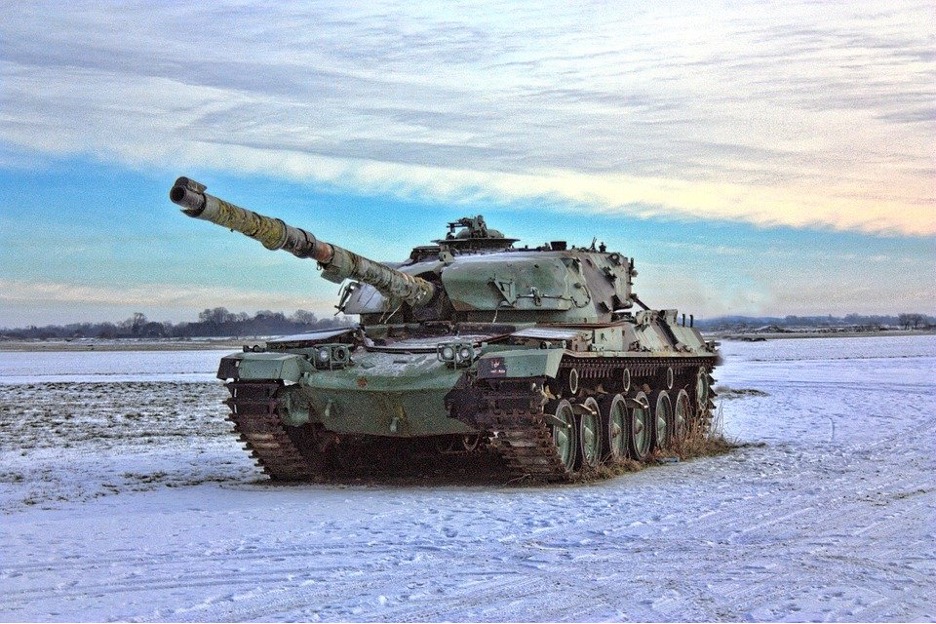 "Russia uses the tension around Ukraine as a diplomatic tool" - Dmitry Suslov's interview with Fox News (02.15.2022)

Dmitry Suslov, Deputy Director of the CCEIS, analyzed Russia's policy in the context of the escalation of the Russian-Ukrainian crisis in an interview for Fox News. Key ideas:
-The mood in Moscow absolutely does not correspond to the image of the capital of a country preparing for a large-scale military invasion.
-Russia uses the demonstration of military power as a tool to achieve its goals through diplomacy.
-If Ukraine decentralizes, as required by the Minsk agreements, it will be more difficult for Kyiv to join Western unions since Ukrainian nationalism will be opposed by the population of Russian-speaking regions.
-Russia is not interested in de-escalating until its security guarantee demands on NATO are accepted. 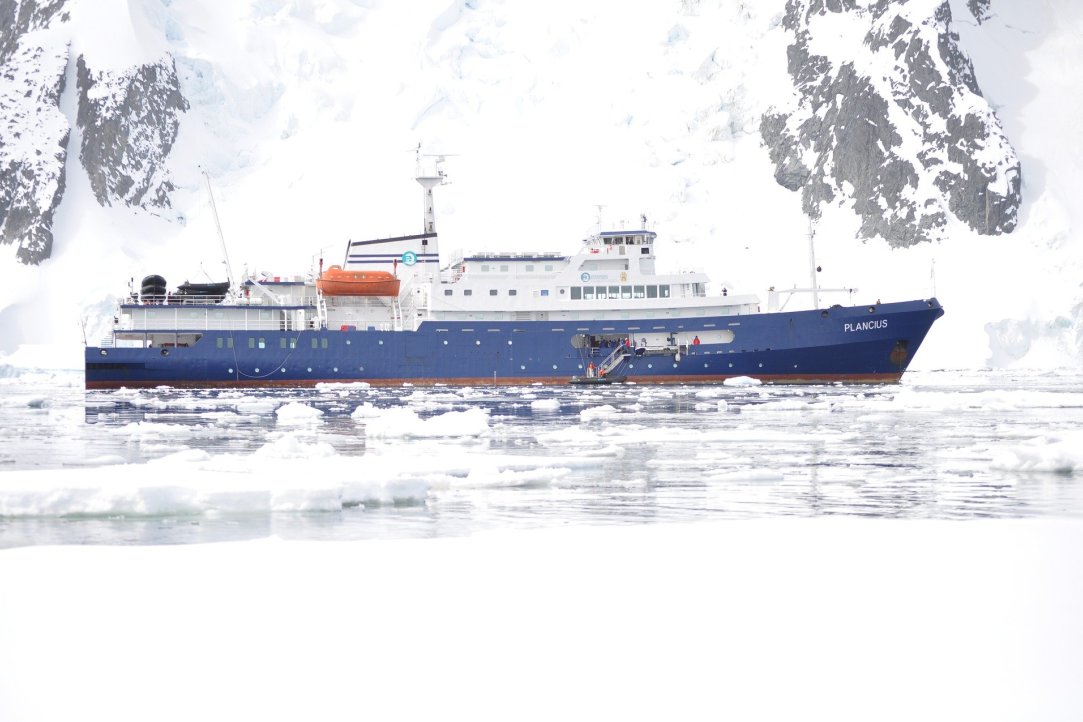 Vitaly Yermakov discusses Russia’s Arctic strategy and the Northern Sea Route in a podcast with the The Straits Times (11.02.2022)

Key points:
1. Russia considers the NSR a strategic economic priority since it is instrumental for suppling Russian northern territories. Its importance has grown in the past few years with the expansion of Russia’s oil and gas projects in the Arctic. The NSR allows to monetize vast oil and gas resources located near the coastline and transport them economically to target markets.
2. The realistic possibilities for the NSR to develop into a major trade artery to Asia. The NSR is an Arctic shortcut that saves time and reduces transportation costs on a route between Europe and Asia. But it is necessary to take into account that navigation in Arctic seas is still difficult and it could cause significant risks for ships. Russia is trying to increase its Arctic capabilities by building a new generation of powerful nuclear icebreakers and Arctic class ice-resistant tankers. Initially, Russian exports of oil, condensate, and LNG are going to represent the lion’s share of the transportation turnover via the NSR. When year-round navigation via the NSR becomes a reality, international transit might increase as well.
3. The NSR and its geopolitical implications.  In a world of increasing global rivalries, Russia’s control over a major trade route connecting Europe and Asia is an asset. Unlike other marine routes to Asia that could be controlled by the US Navy, the NSR emerges as an important factor in the Russia-China relationship. 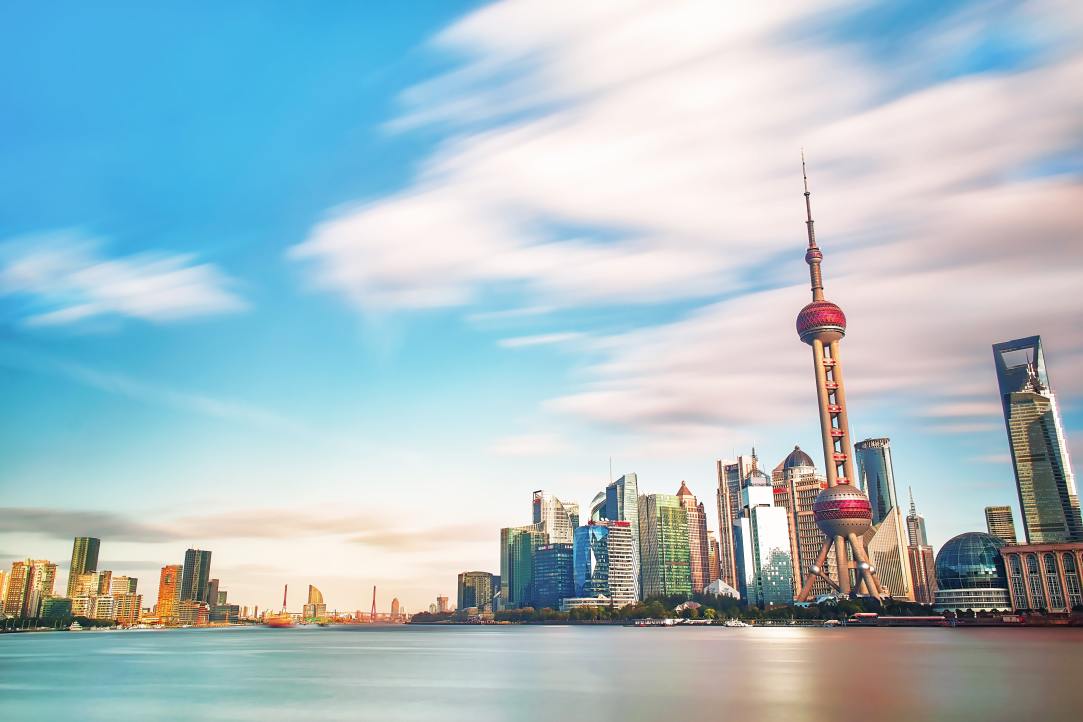 A. S. Pyatachkova commented to Bloomberg on the upcoming meeting between Vladimir Putin and Xi Jinping (03.02.2022)

Deputy Head of the CCEIS Asia-Pacific Sector A. S. Pyatachkova commented in Bloomberg on the state of Russian-Chinese relations on the eve of the meeting between Russian President Vladimir Putin and Chinese President Xi Jinping. Key points:
- Cooperation between Moscow and Beijing is a strategic challenge for the Joe Biden administration;
-The aggravation of relations with the West encourages Russia to speed up cooperation with China, especially in the technological sphere, which is subject to sanctions pressure;
-Too much emphasis on economic relations with China could risk relegating Russia to the status of an energy and raw materials supplier to a much stronger partner;
-The imbalance of economic power could cause difficulties in bilateral relations if China refuses to perceive Russia as a partner with a special status and tries to put pressure on it.